As part of the exhibition Aggressive Peace, a work by Selma Doborac was presented on the Memphis Light Box.

On 22 February 1993, the UN Security Council resolves to establish an International Criminal Tribunal for the former Yugoslavia (ICTY). Selma Doborac presents an excerpt from one of trials in the Case Srebrenica. That extract from the court record originates from case IT-98-33-T, at issue is the cross-examination by the representative of the prosecution/the prosecutor; the accused defends himself as a witness on his own behalf. The trial lasted 98 days. The prosecution called 65 persons to the witness stand. The prosecutors presented a total of 910 exhibits. The accused was charged under Rule 18 of the ICTY charter with being guilty of genocide, crimes against humanity and war crimes. The presented extract dates to the trial period in October and November 2000. This trial conduced as the groundwork and a model for future trials and accusations in the Case Srebrenica.

Selma Doborac was born in 1982 in Bosnia and Herzegovina she lives in Vienna is a filmmaker and works in the fields of essay film, documentary film and experimental film and photography. From 2002 to 2007 study and graduation at the University of Applied Arts, Vienna, Department for Mixed Media Strategies (Bernhard Leitner). From 2008 to 2012 study and graduation at the Academy of Fine Arts, Vienna, Department for Art and Film (Harun Farocki). Festival participations and exhibitions, awards and grants nationally and internationally. 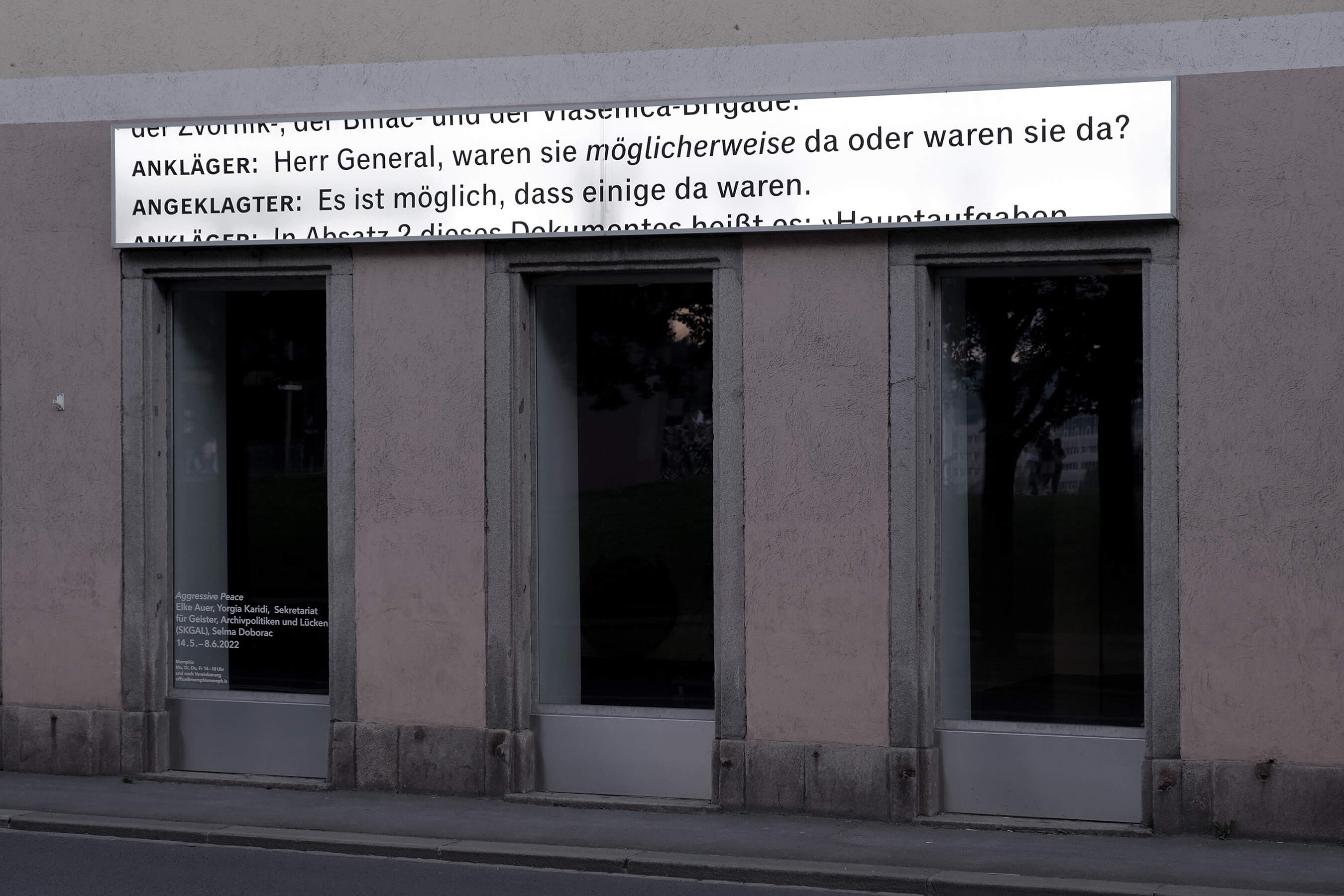 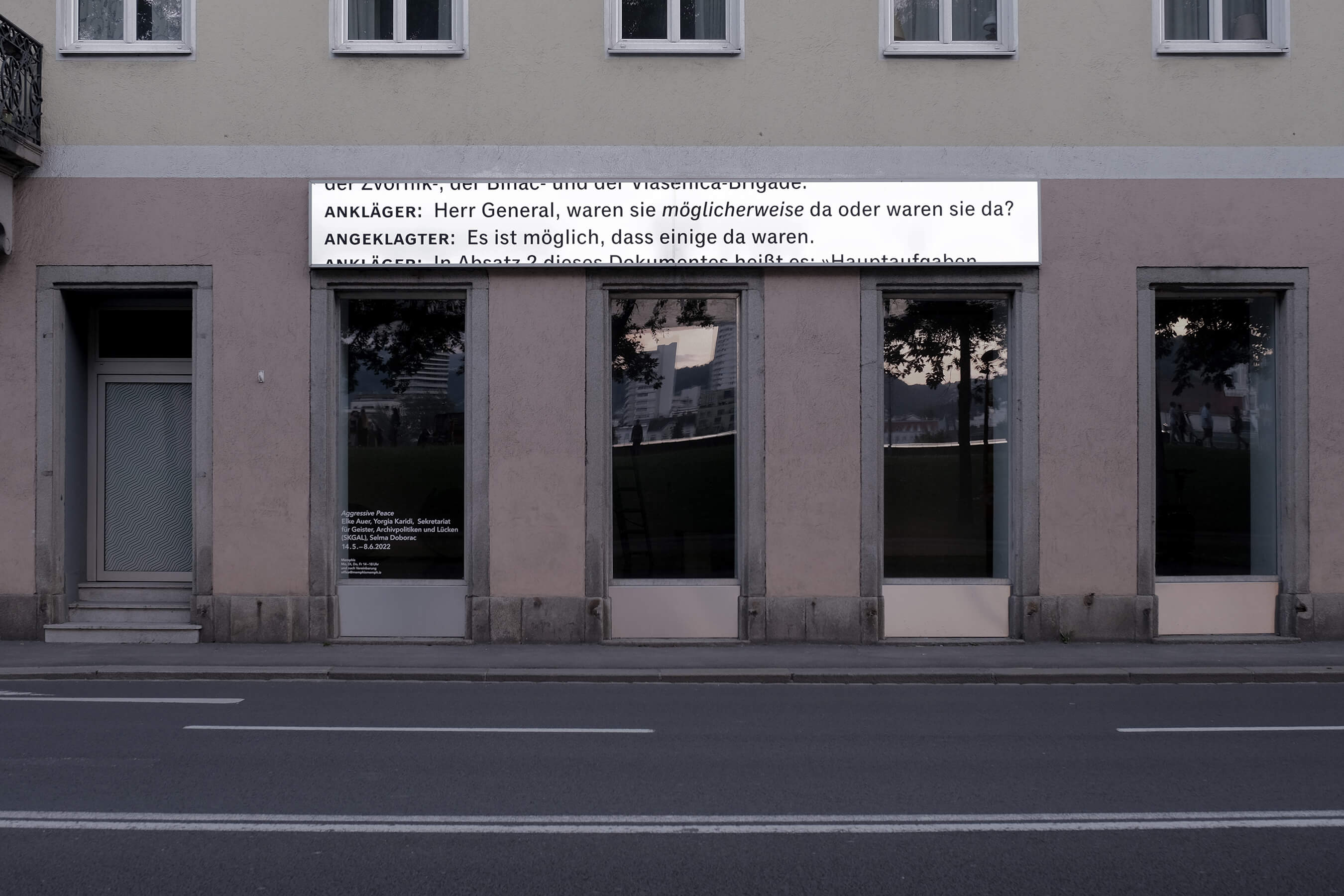 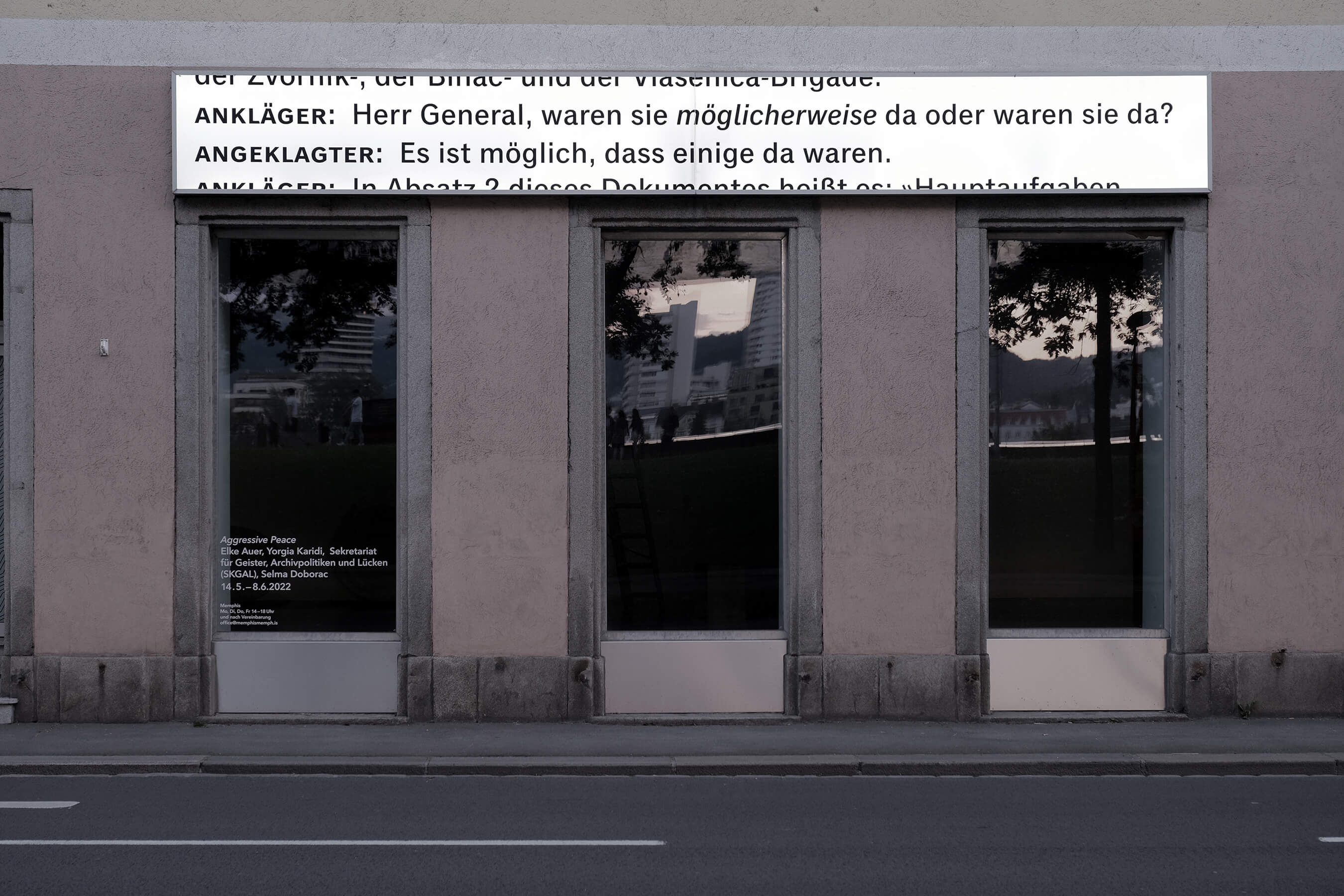 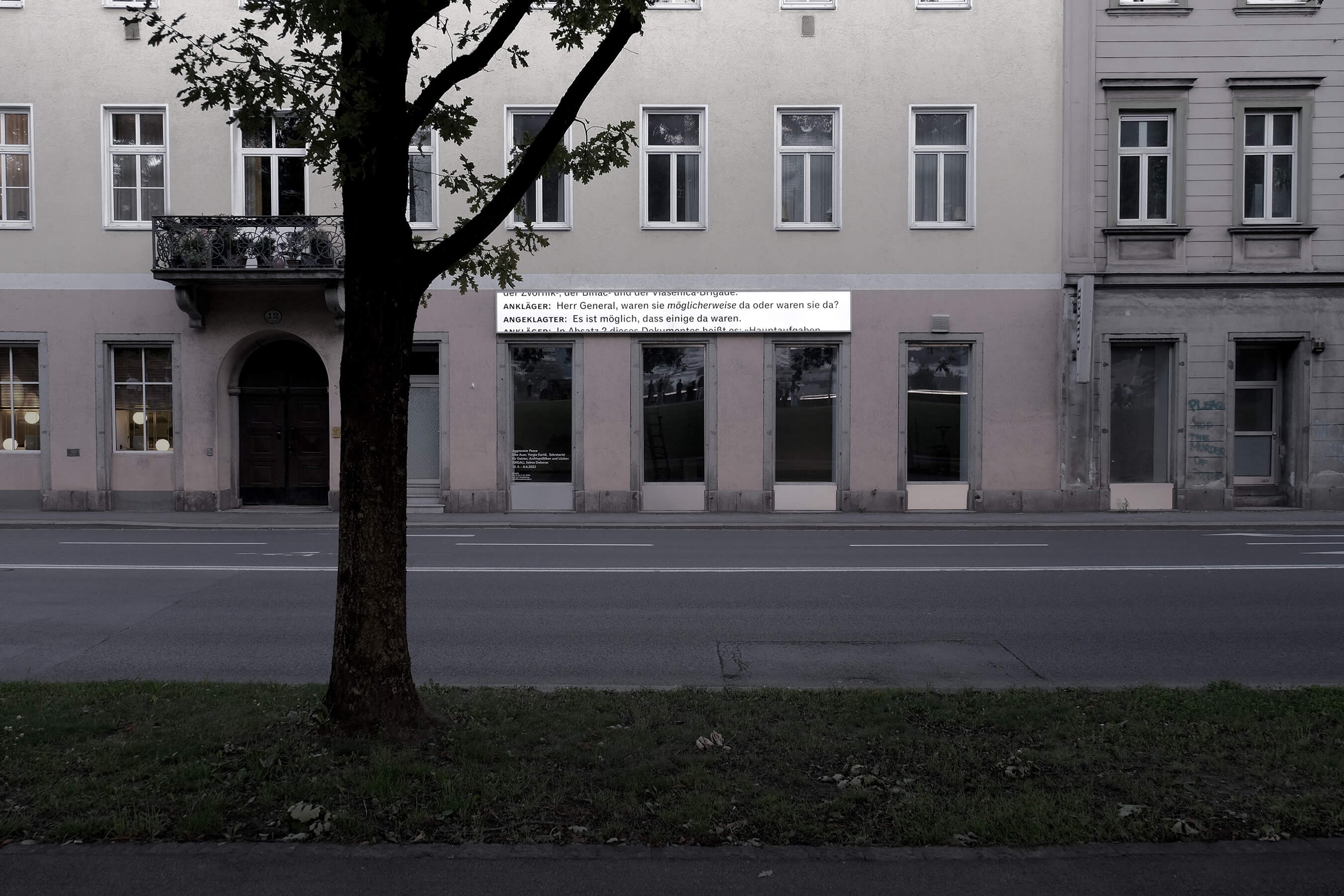 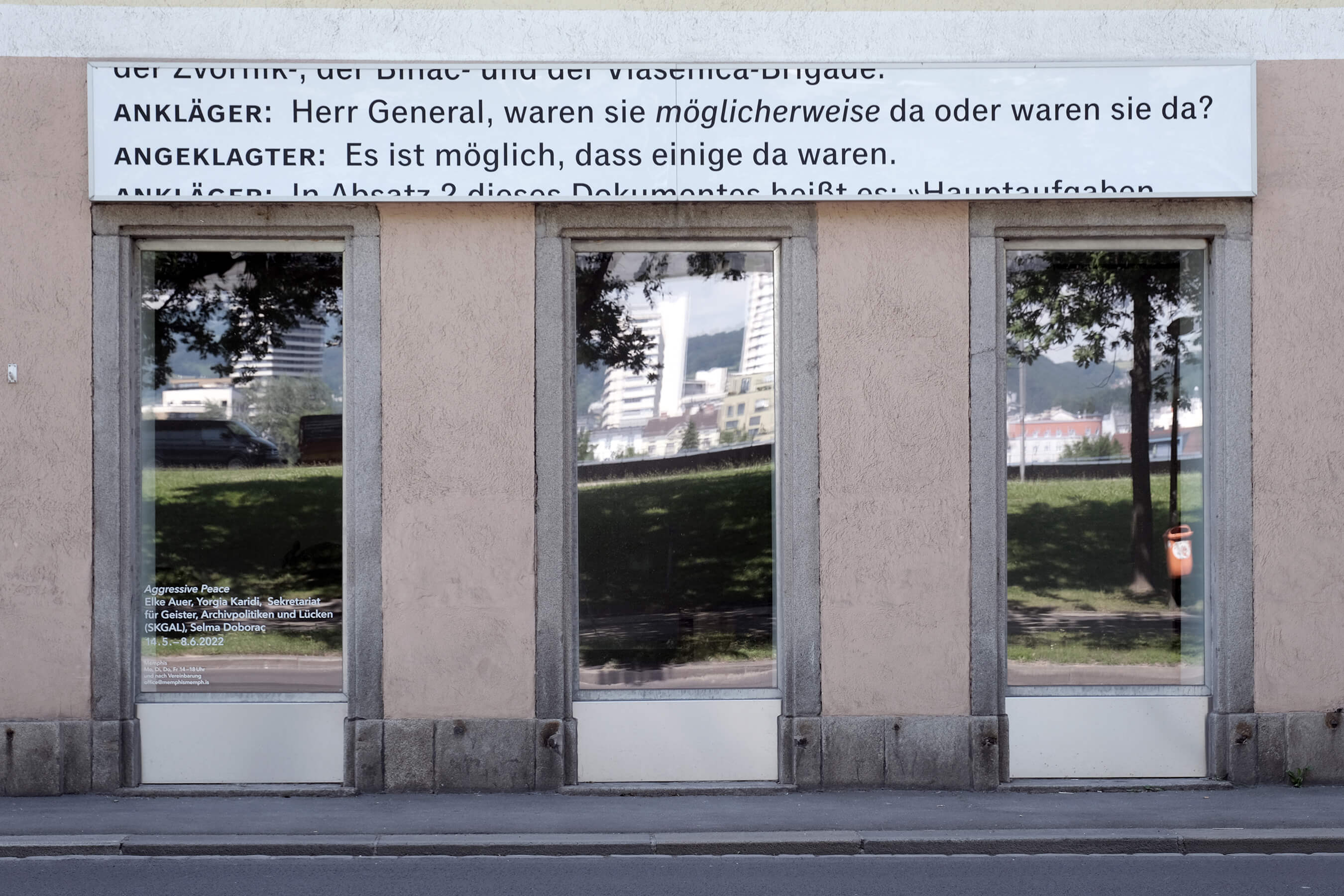 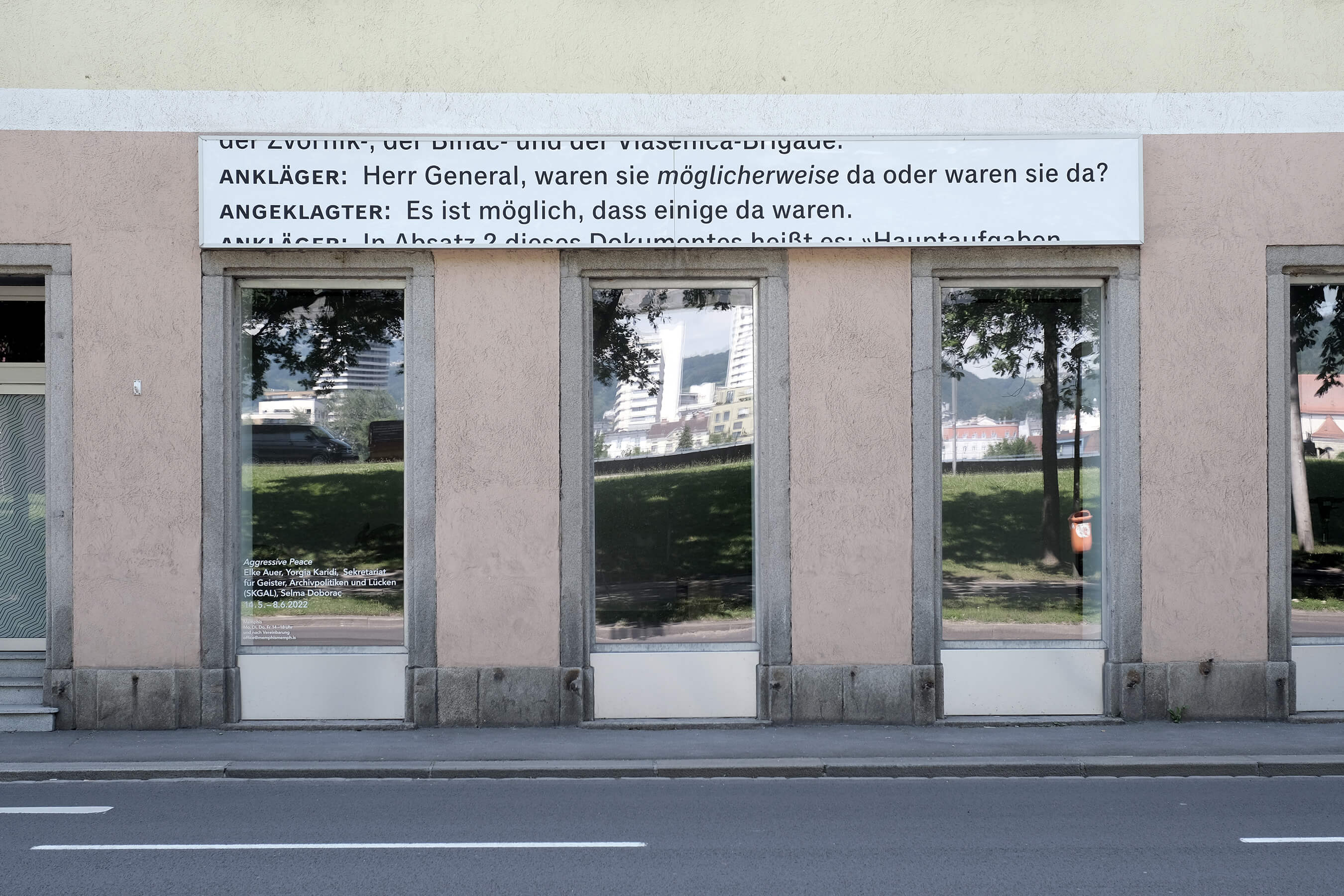 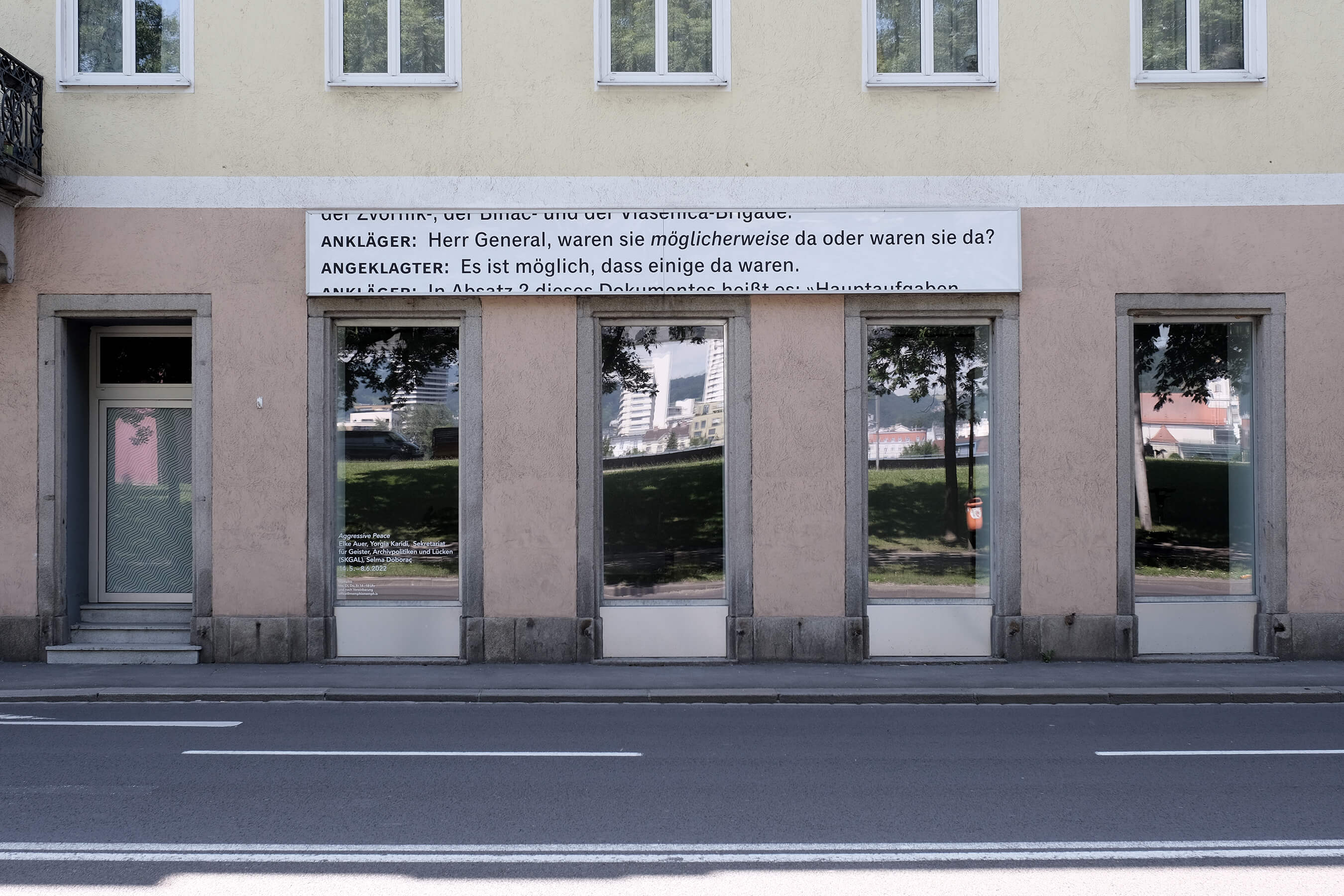 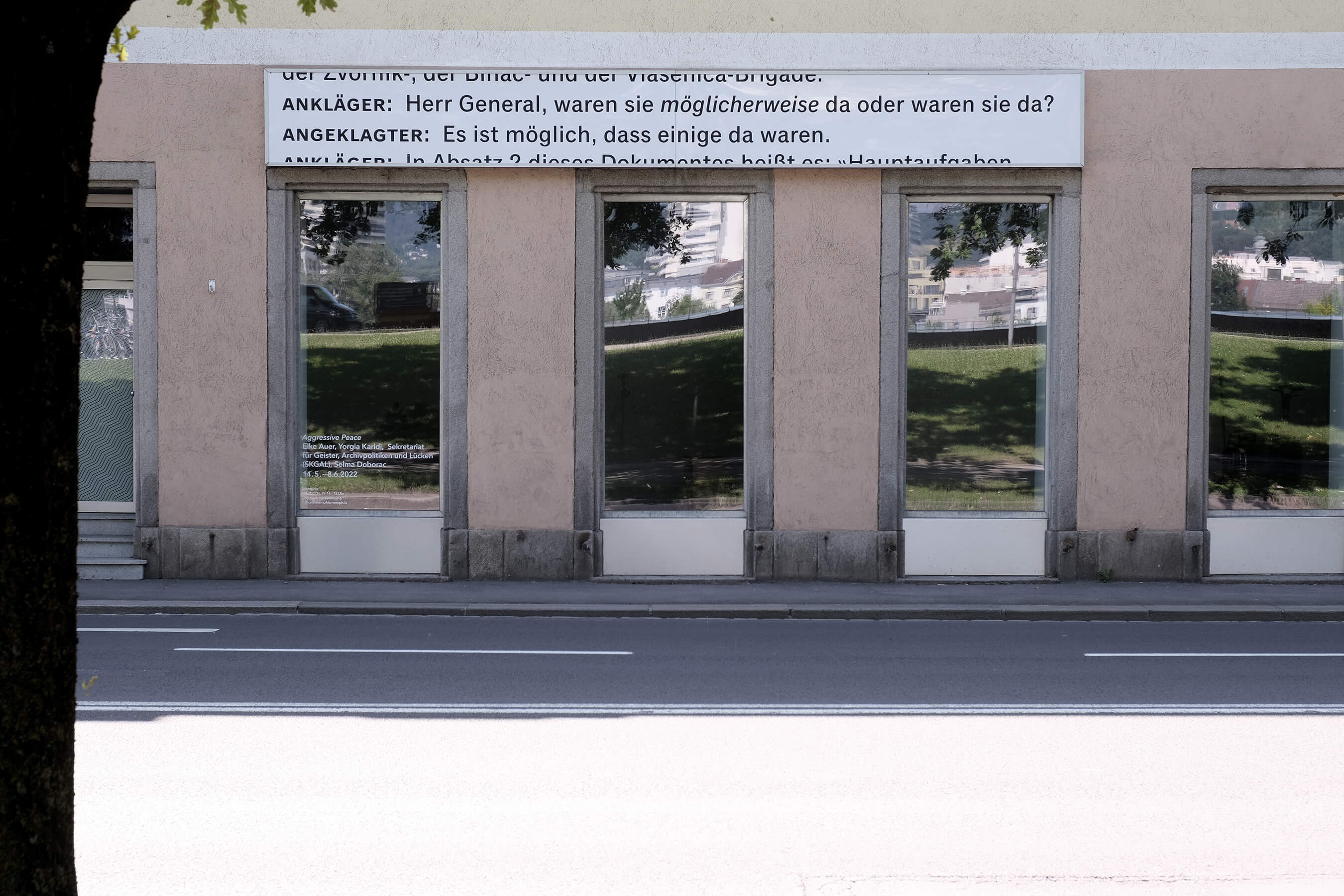