In her work, Estefanía Peñafiel Loaiza deals with the tension between the visible and the invisible, as well as appropriation and subversion. She works with different languages and media, starting from changes in her own geographical location, she contextualises concepts such as territory, cartography, migration, border, memory and history in her artistic practice.

In her series "Un Air d'Accueil", she has been documenting illegal border crossings since 2013. For this, the artist photographed videos from surveillance cameras with long exposure times, which were projected onto a screen. Through this process, the moving people on the videos - migrants trying to cross borders - disappear and only melancholic landscapes remain.  While the videos aim to incriminate the people filmed, the artist makes these bodies disappear in favour of ghostly presences, returning the protection of anonymity to the migrants.

This product is out of stock.
Product is not available in this quantity.
Estefania Peñafiel Loaiza 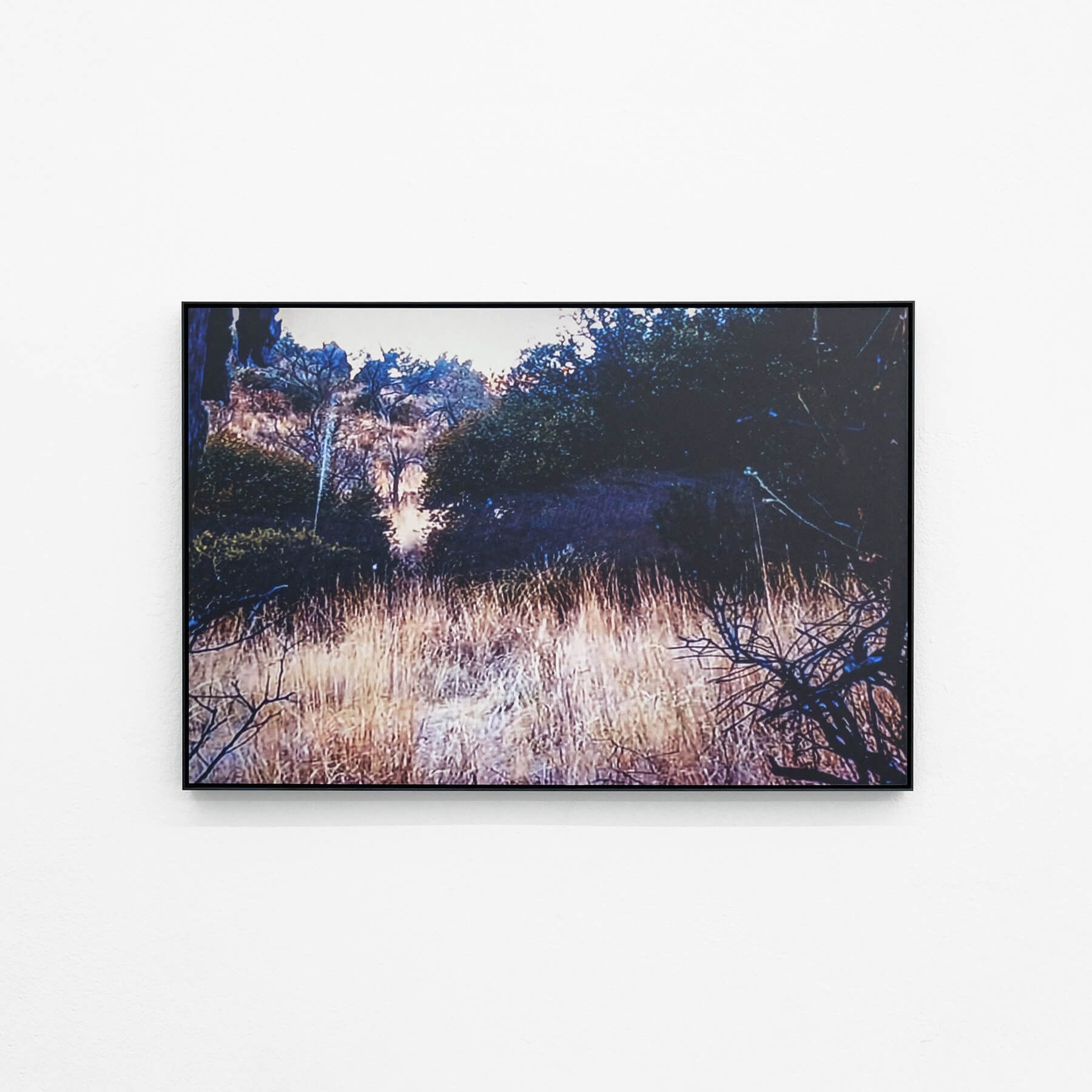